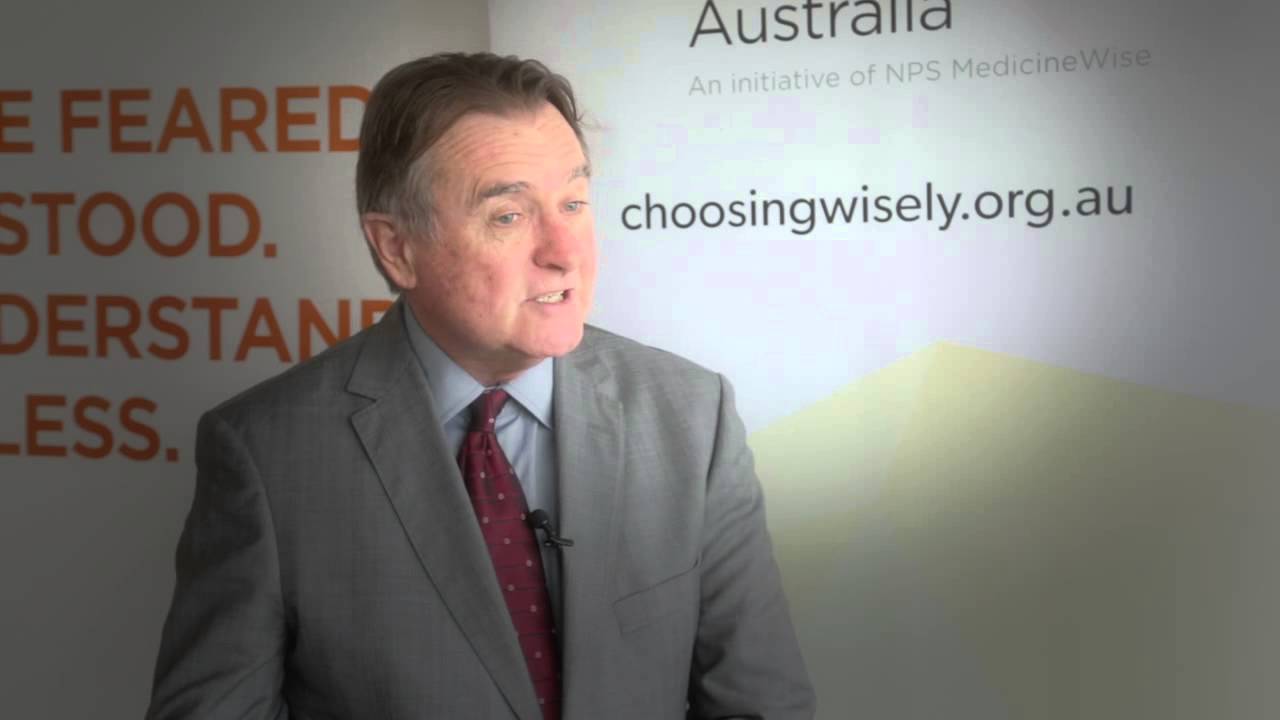 We think the Choosing Wisely Initiative is going to have great advantages for the practise of pathology. What we hope will come out of it for pathology will be that we will have a more contemporary way of practising pathology. We believe it's an opportunity to address some of the funding issues in pathology, particularly in terms of making the schedule more appropriate to the sort of testing that's being done and should be done in the future.

That is one of the real benefits we see from the Choosing Wisely Campaign, that there will be opportunities for new tests to be included, which are better targeted for the things that we need.

We don't want to have people having testing which then sort of leads down false alleys in terms of investigation and I think that's going to be a great advantage for the consumer.

Doctors don't understand the role of tumour marker testing, let alone the patients. So when people have cancers, there are certain proteins released into the blood which pathologists can measure. There's no evidence essentially behind any of those tumour markers, with one or two exceptions, being used for the diagnosis of cancer. So we often get in the laboratory a list of these tumour markers for diagnosis of cancer. There's no role for that. The role for these particular tumour markers or proteins is in monitoring disease. So for the real challenges, changing behaviour, both of the doctor, requesting doctor and of the patient, and their expectations.