What is Choosing Wisely Australia?

Choosing Wisely Australia is modelled on the  Choosing Wisely  campaign which was launched by the  ABIM Foundation in the United States of America in April 2012.

The charter provided a new set of professional responsibilities for medical practice. Among the commitments set out were: ‘managing conflicts of interest, improving the quality of care, improving access to care, and promoting the just distribution of finite resources’. These principles underpin Choosing Wisely.

In April 2012, the ABIM Foundation, Consumer Reports, and nine medical specialty societies launched the Choosing Wisely campaign. The response to the campaign far exceeded expectations and now more than 100 medical societies have joined and hundreds of evidence-based recommendations have been translated into consumer-friendly language and are used by tens of millions of consumers. The campaign’s success has been attributed to its unique focus on professional values and consumer–clinician interactions.

Choosing Wisely Canada was launched in 2014 and similar initiatives are being implemented in Germany, Italy, Japan, the Netherlands, Switzerland, New Zealand, the UK as well as in Australia. Choosing Wisely Canada is the national voice for reducing unnecessary tests and treatments in health care. Choosing Wisely UK is part of a global initiative aimed at improving conversations between patients and their doctors and nurses. 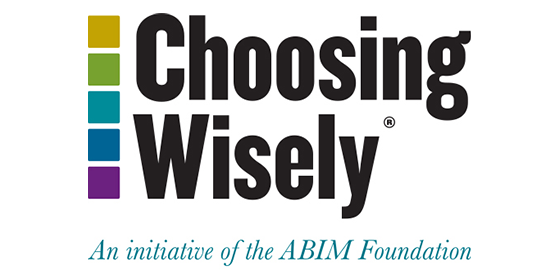 Promoting conversations between patients and clinicians